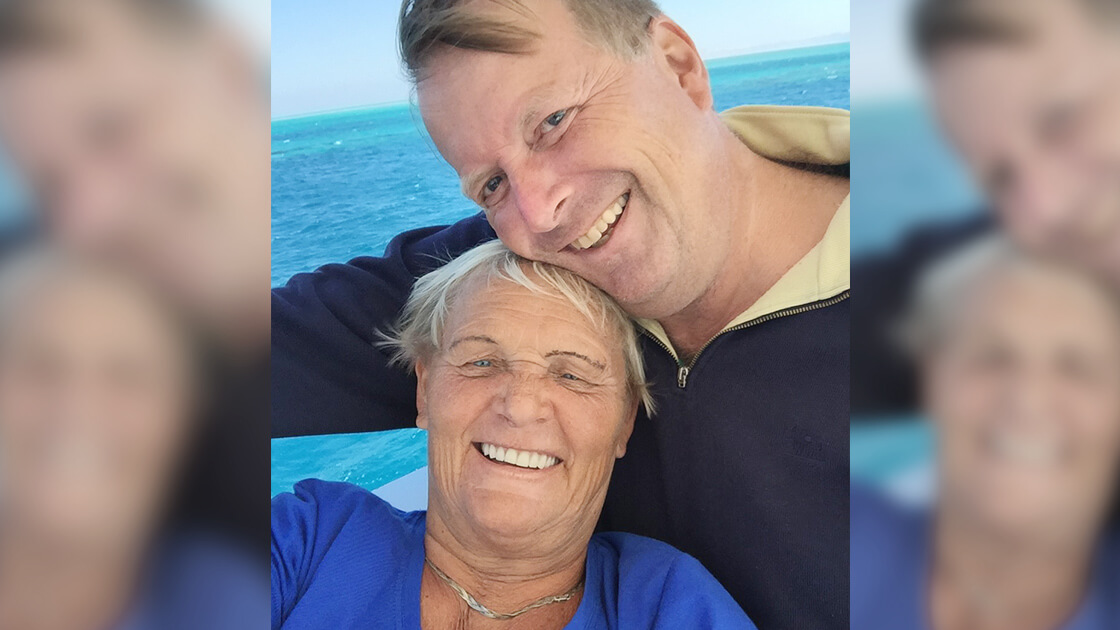 As a former competitive swimmer, Uwe Bentlage has a strong heart – despite this, he suffered a heart attack and slipped into cardiogenic shock. Experienced doctors and the use of a heart pump helped his heart to recover and saved his life.

A second birthday every year

Travelling to distant countries, road cycling and swimming have always been a part of my life. However, five years ago I suddenly suffered a heart attack at the age of 51. The doctors determined that my remaining heart function was very low and therefore only gave me a 15 per cent chance of survival – sport or travelling were no longer possible. But with the help of the small Impella® heart pump, my heart was able to recover – so I managed to jump back into life feet first and now lead an active life again: I can go full speed on the racing bike again, work as a freelancer for a radio station and conduct city tours in Hanover. But to make that happen I practically had to start from scratch.
Shortly after the incident, neither my wife Marianne nor I thought that I would ever be able to do sport again and take control of my life.

In September 2012, I suddenly collapsed during an examination at the hospital and lost consciousness. A shock, because as a former competitive swimmer I would never have expected my heart to run out of steam. I still remember a GP telling me many years ago during a sports medical examination: "If you ever drop dead at some point, it won’t be because of your heart". Unfortunately, that wasn't quite true, but the fact that I was already in hospital was a blessing in disguise, as I could be treated immediately. This circumstance saved my life.
Support from the Impella heart pump

The doctors quickly made the diagnosis: Heart attack. However, my heart was already so weak that it could no longer supply my body with enough oxygen. I went into a state called cardiogenic shock. This can lead to life-threatening organ failure if it is not treated in time. Of course, I didn't realise at the time how serious my situation was. Only afterwards did I learn that this type of case requires experts from a specialised resuscitation centre, which is why I was immediately transferred to Hanover Medical School. At this point, the doctors only gave me a 15 per cent chance of survival.

I was then fitted with a small pump, the Impella heart pump, at Hanover Medical School. This was largely responsible for my heart’s recovery. It helped my weakened heart supply my body with enough oxygen. This way, my condition could be stabilised and the attending doctors had more time to treat me.

To support my recovery process, I was also hooked up to an ECMO machine which was used in addition to the Impella. This procedure is used to support or take over heart and lung function. I was also put into an artificial coma and cooled down to 32° Celsius to prevent damage to my brain. To support my heart function, the Impella remained in my body for nine more days after surgery.

I spent three weeks in a rehabilitation clinic after my discharge from hospital. During this time I had to learn many things from scratch. This included walking, but also little things like operating a remote control – things that I used to take for granted.

And indeed, my heart was able to recover during this time. I spent three weeks in a rehabilitation clinic after my discharge from hospital. During this time I had to learn many things from scratch. This included walking, but also little things like operating a remote control – things that I used to take for granted. But through continuous exercise and memory training, my physical and mental condition improved day by day. As an enthusiastic swimmer, I especially enjoyed the water gymnastics.

Five years have now passed and I realise: After all my heart has been through, I never thought I could live such a full life. There are medicines that I still have to take, but I can live well with them. The fact that I survived the incident without serious consequences is something I celebrate every year with a second birthday on the day I was saved. Since then I have restructured my life and find joy in the everyday things: I enjoy working as a freelancer for the radio station and giving city tours in Hanover – by bike, among other things. I owe it all to the doctors and hospital teams who provided me with the right treatment straight away.

I would like to pass on my good fortune, and that is why I am now involved as the leader of a youth group with the Federal Agency for Technical Relief. I have also been enjoying my second chance at life with my wife, be it travelling or simply spending time together. I am glad that she stood by me during that difficult time and that I can now lead an active life once again.

The Protected PCI community
is now on HeartRecovery.com